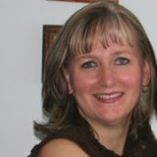 Lori began her education in natural health therapies in 2004, following a keen interest in wholistic treatments and personal wellbeing.

Her journey commenced with courses through The School of Natural Health Sciences in London, England, receiving diplomas in Aromatherapy and Advanced Aromatherapy.

In 2008 she was awarded certification with honors from the Universal College of Reflexology in Edmonton, Alberta.

In 2012 she was awarded her certificate in Therapeutic Facial Diagnosis, Level 1 & 2.

In 2014 she was granted her certification in Thai Reflexology in the ITM School of Chiang Mai, Thailand Method.

In 2014 she was awarded her certificate for Spinal Reflexology.

In 2015 she obtained her Diploma as a Charter Herbalist from Dominion Herbal College in British Columbia.

She has experienced many healing benefits from reflexology, and is passionate about its effect on the body, mind, and soul.

Lori works out of her home office in Morinville, Alberta.